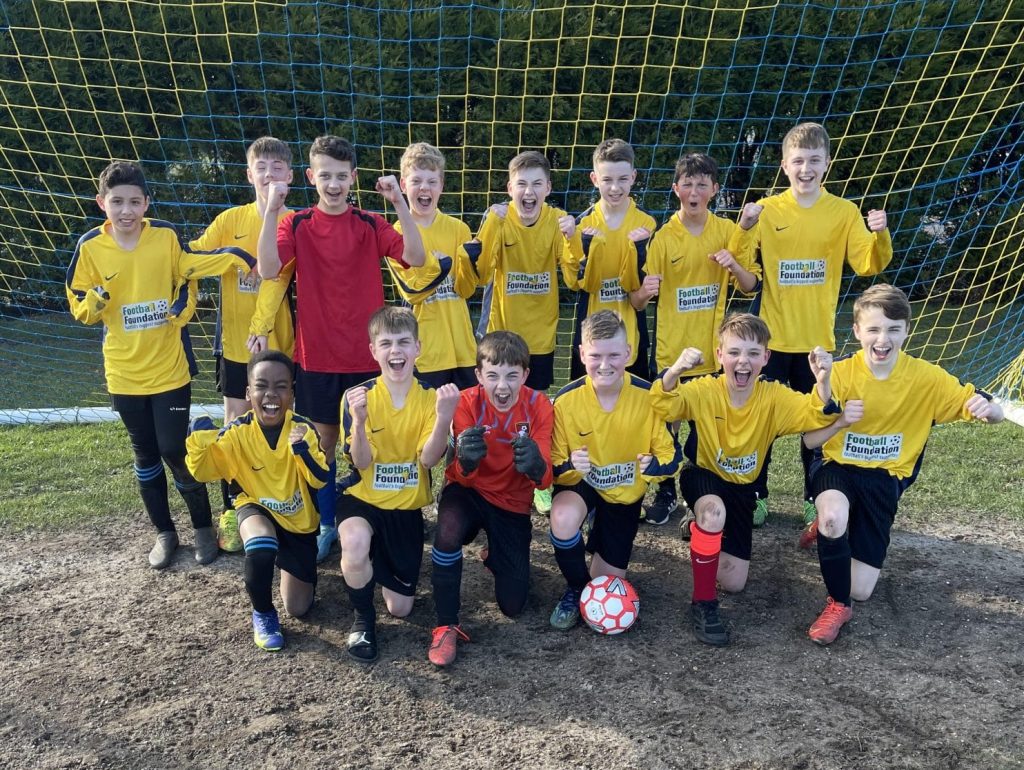 The year 8 football team faced a stern test in the quarter finals of the PEDSSA Town Cup, travelling to a team they had previously lost 4-1 to earlier on in the season.

Magna started electrically and managed to strike within the first minute of the match! Alfie Miller pounced on a loose ball at the back to fire home from close range and put Magna one goal to the good. This was fairly short lived however, with Magna conceding two goals before the half time break to trail their rivals 2-1. The headwind and downhill slope proved difficult for Magna to cope with in the first half and the team did well to keep the scores close heading into the interval.

Magna used the conditions to their advantage in the second half and soon equalised, Alfie scoring his second of the afternoon with a masterful in-swinging corner that beat the goalkeeper and the game was locked at 2-2. However, Magna conceded soon after scoring once again and trailed their opponents 2-3 with just fifteen minutes to play. As the game went on, Magna started to pile on the pressure with great defensive control shown by Lloyd enabling Harlen, Jayden and Callum to start pulling playmaking strings and create multiple chances to equalise. Stanley eventually stabbed home after a goal line scramble to grab a well deserved leveller. 3-3 with five minutes left – was the game going to be decided by a penalty shootout? Not on Alfie’s watch. Miller was played in behind excellently and was one on one with the goalkeeper in the last seconds of the match. Alfie calmly slotted the ball into the bottom left corner to book Magna’s place in the semi finals! A magnificent way to cap off a simply breathtaking hat-trick and a man of the match performance.

I can’t begin to explain how proud I am of Magna Academy’s year 8 football team. To come away with this result shows just how far they have come since the start of the season. Reaching the semi-finals of this competition is a fantastic achievement and the boys deserve every credit for their self-belief, perseverance and determination. Well done and keep it going boys, wouldn’t a final be nice?!

Jacob retained his Geo-Bee Magna crown with his second trophy in 2 years, as Year 9 and overall winner in this years competition.  Another sterling…